Difference between revisions of "HCal Overview" 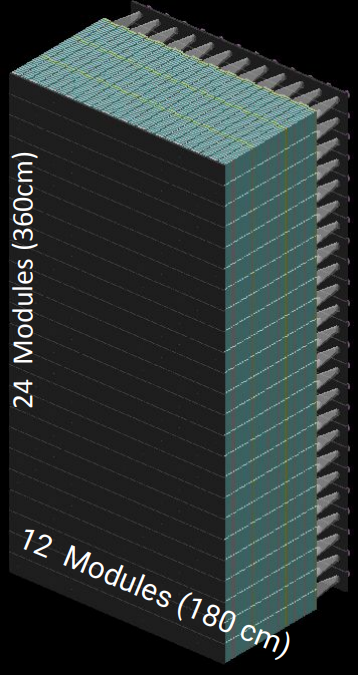 HCal has three triggers available. They are the sum trigger, the LED pulser, and the cosmic paddle coincidence. The sum trigger is the primary HCal production trigger. The PMT modules on HCal are grouped in 4x4 clusters of adjacent PMTs which have their energies summed by summing amplifiers modules. These clusters energies are then summed in groups of 4 adjacent clusters to make 10 overlapping super clusters (8x8 PMTs). These 10 super cluster energies are sent to discriminator and if any of the 10 super cluster energies exceeds the threshold a sum trigger will be produced.