Some rates from Zhiwen's wiser code. I have refined my trigger code to now work more like n actual trigger (i.e. it organizes hits in time, then opens logic gates to form the trigger per sector). This helpd the code be human readable, and makes the rates more accurate; however, the overall change is on the order of a percent or so.

In general, the Wiser Rates are about twice the Geant4 rates. Almost everything comes from the Pi0's, and 3/4 of that rate comes from leptons entering the Cherenkov window (in other words, 1/4 of the rate comes from conversions inside the cherenkov... Most of that is in the gas and the mirror. Only a small amount seems to come from the entrance window, the PMT-glass, or in the cone.

The rates from Zhiwen's pions are as follows (For PVDIS config):

Some more information about the pi0 events: Zhiwen's root file has 61k events. Of those, 3k have at least one optical photon that makes it into a pmt. From there, ~900 events pass the 2x2 trigger!

Using the Geant4 physics lists with the SIDIS geometry configuration and a 15uA beam on the He3 target, I get a backgroud rate through the LGC window: 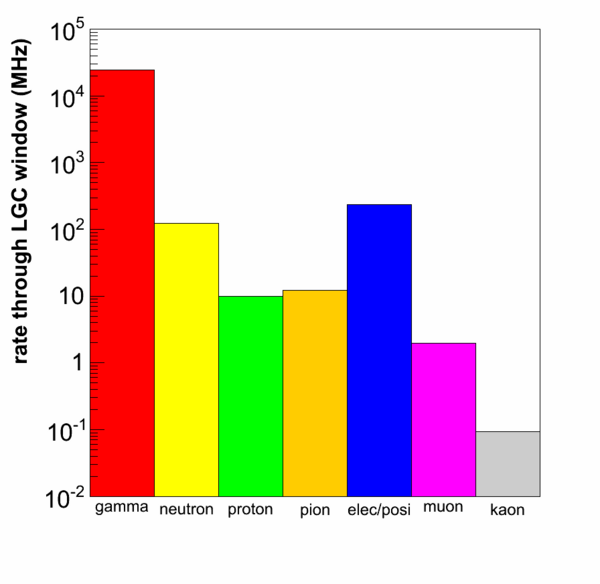 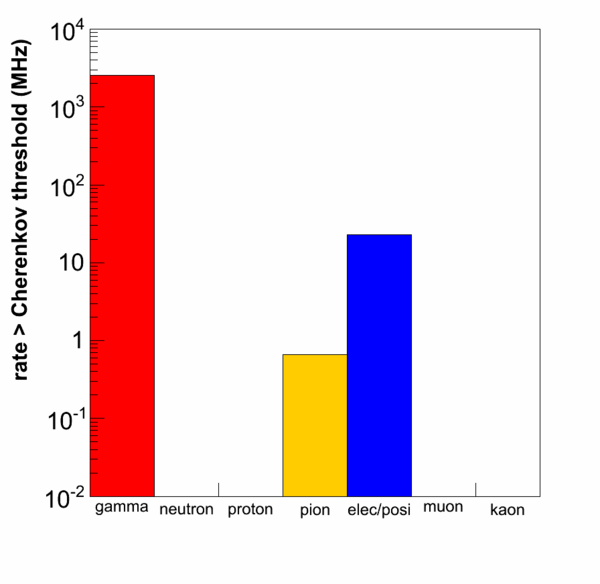 This results in rates of at least 1 photoelectron per sector as follows:

Using Zhiwen's code, I have found the associated hadron rates in the SIDIS configuration.

I've also looked what particles pass the PMT face (after the PMT glass). For the PVDIS configuration, this is what I see: 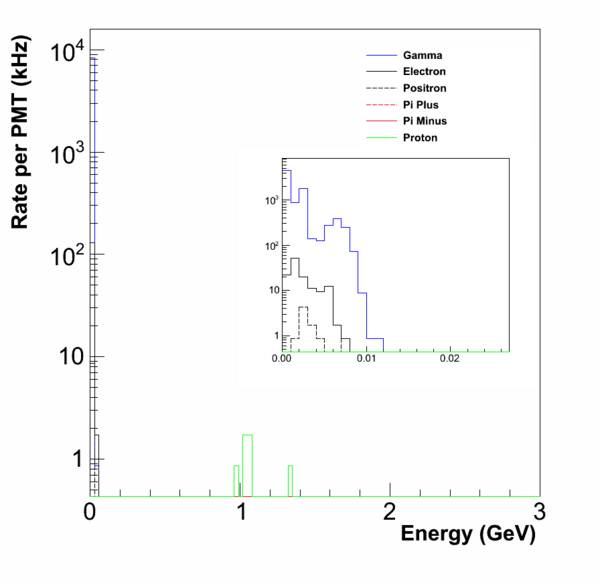 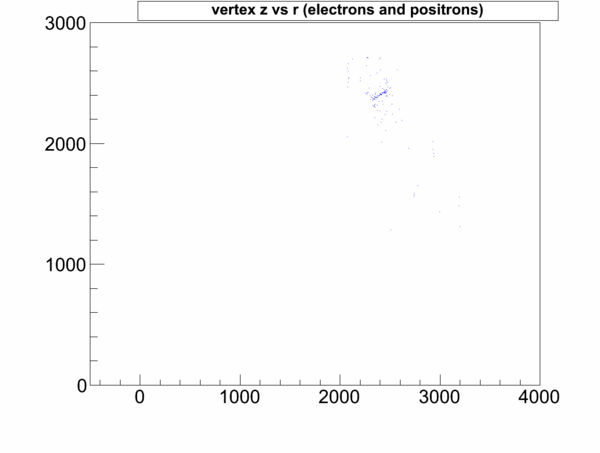 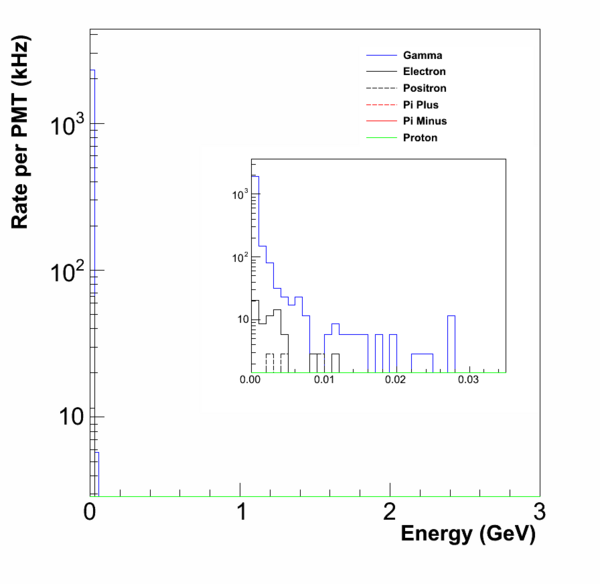 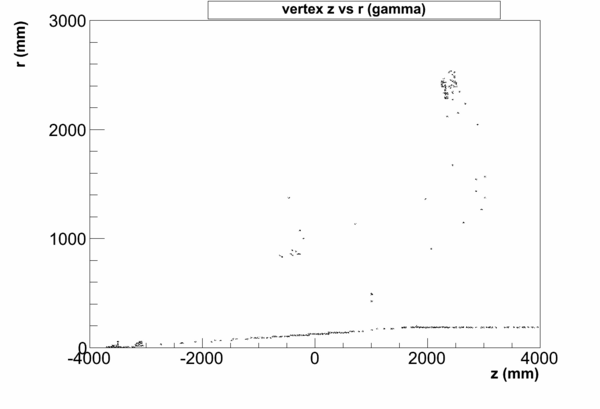 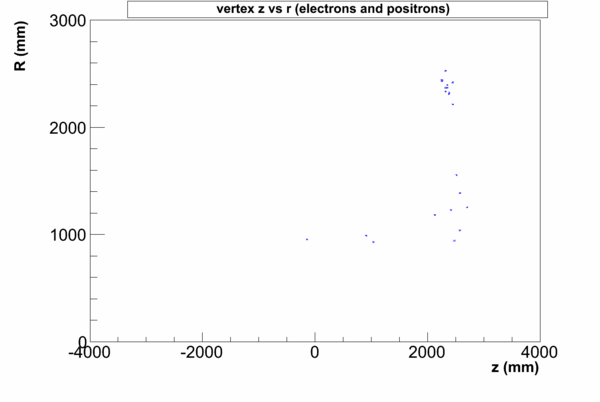 Some comparisons with the latest baffle design (tentatively named "more1"), and how it is different than the previous design with less baffles but an inner radius for the first baffle of 5cm. 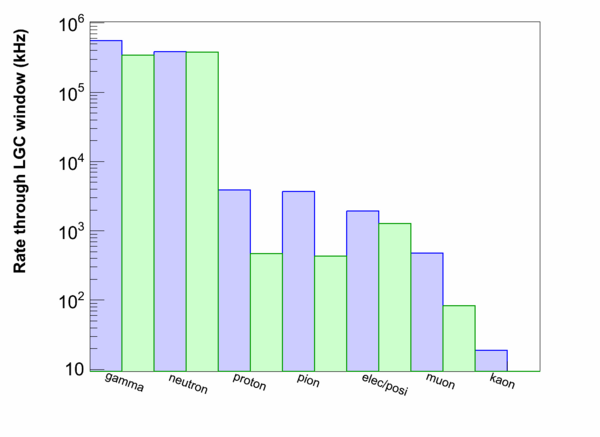 Fig. 1: Flux rates for previous baffle (blue) and latest baffle "more1" (green). This is the rate over the entire cherenkov window. 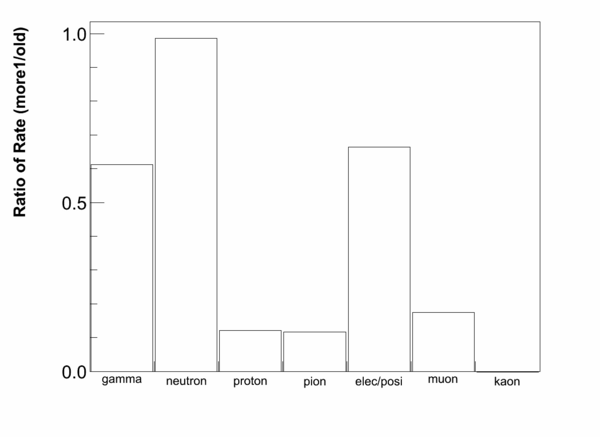 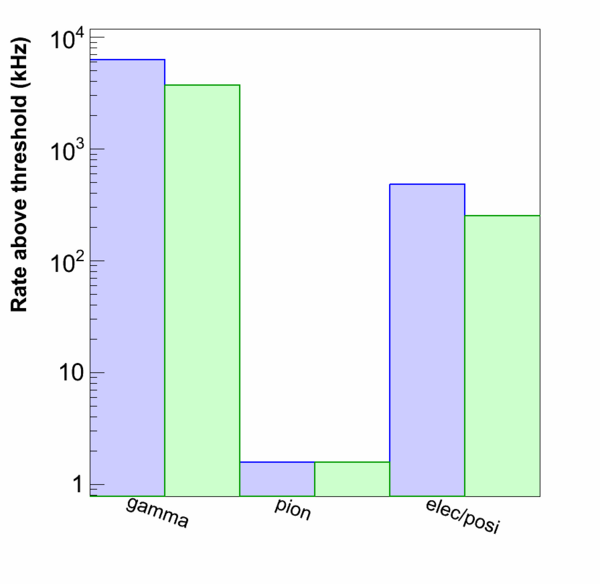 Fig. 3: Flux rates above threshold for previous baffle (blue) and latest baffle "more1" (green). This is the rate over the entire cherenkov window. 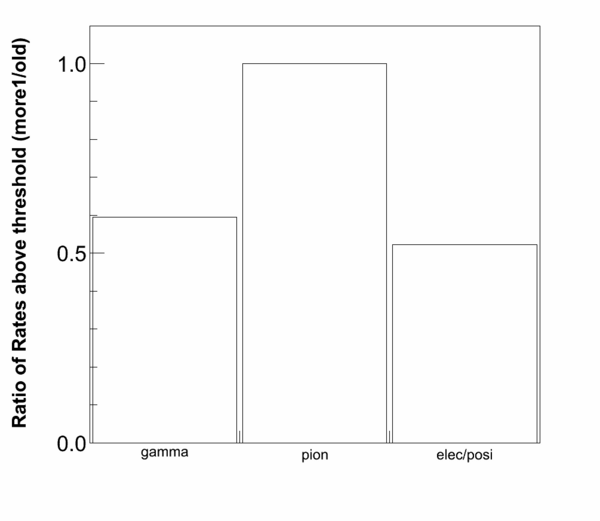 Fig. 4: The ratio of the rates above threshold (new/old)

A comparison of PMT rates (> 1 pe) for the newer and older designs: 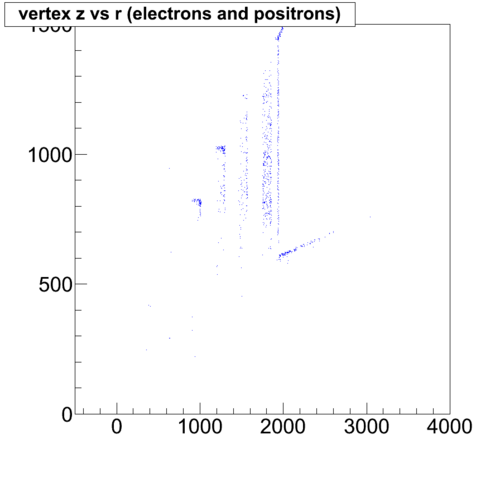 Fig. 1: The Z-R vertex distribution of electrons and positrons immediately after the cherenkov window 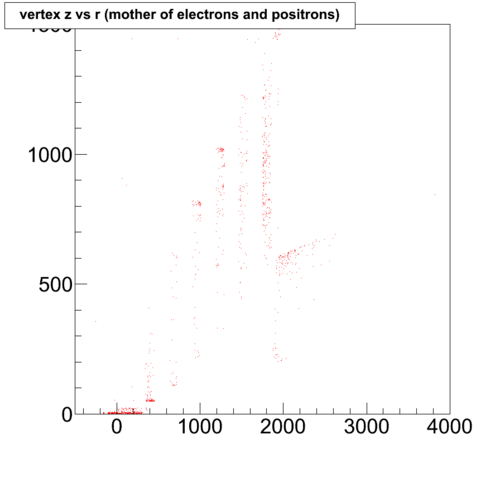 Fig. 2: The Z-R vertex distribution of electron and positron mothers immediately after the cherenkov window 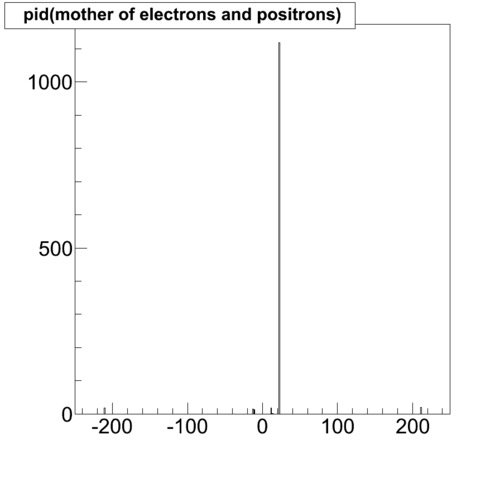 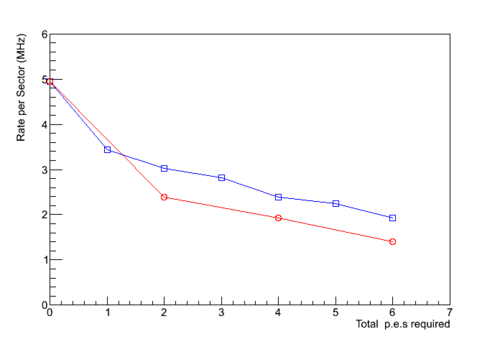 Fig. 4: The rate versus photoelectron cut for sum (blue) or 2 pmt coincidence (red)

95 out of 2e8 events have at least 1 photoelectron.

I've completed a new study of the low energy background's effect on the LGC rate.

We have in this case the PVDIS baffles (with a 4cm inner radius at the first baffle), the standard exit beampipe, and the tungsten absorber. Electrons produced from the low energy photons seem to be the primary source of background signal. The Z-R spectra of photon events that cross the Cherenkov window are: 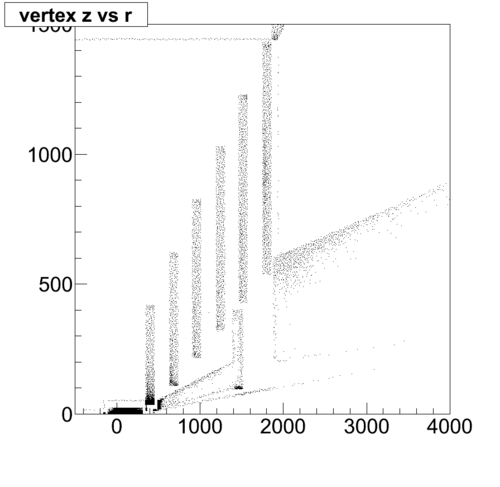 Notice most events come from the inner radius of the first baffle and the front of the absorber.

I've started running new events with a larger inner radius for the first baffle (5cm as opposed to 4cm), also with no absorber or exit beampipe. I'll post resulst as soon as I have them.

A look at the trigger efficiencies for one PMT sum vs multi-pmt. 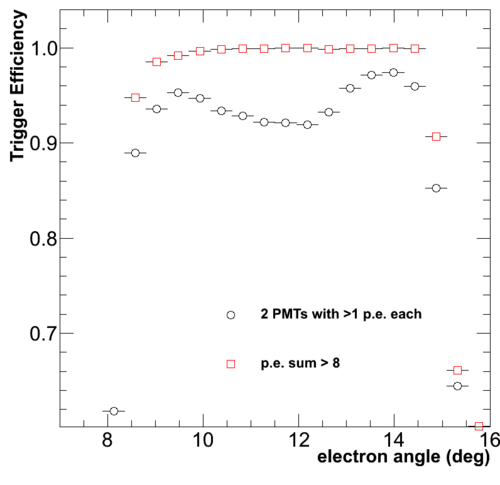 To expand to lower angles of SIDIS coverage, an additional 3rd mirror was added to the simulation. 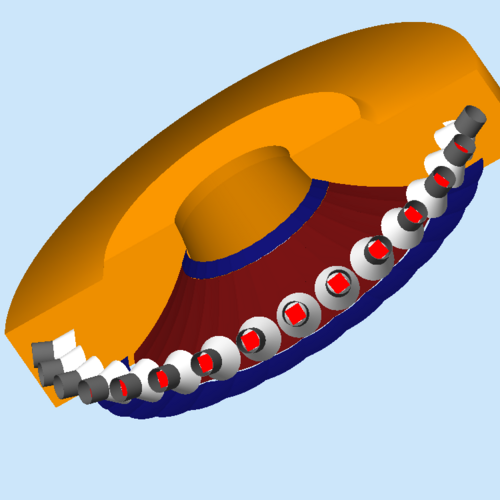